Google Mobile-First Indexing – Will it Sway Your ROI? 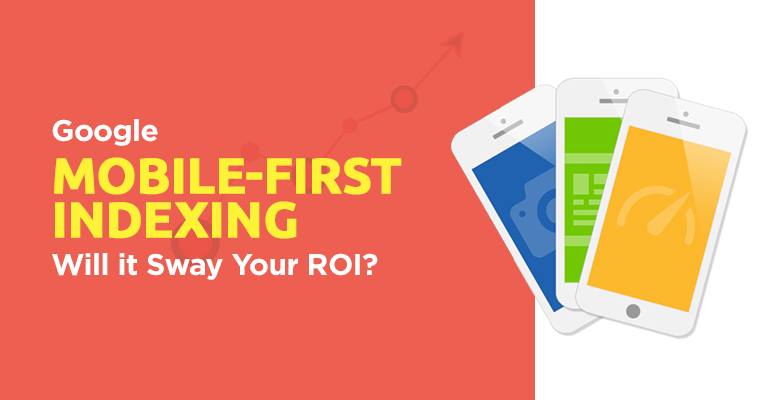 Earlier, Google treated the desktop version of a website as the ‘canonical’ one and wanted to index its content first. 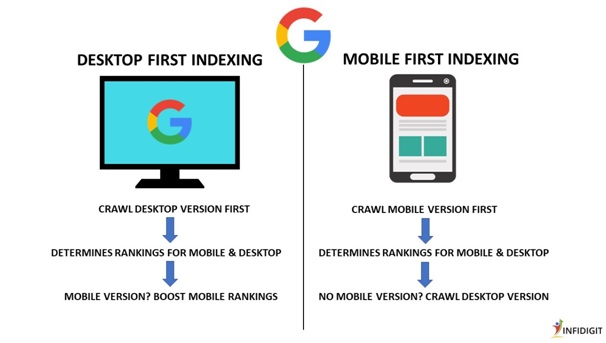 Meanwhile, they viewed mobile versions as secondary and thought their crawlers should be crawling these sites secondarily. So all websites were primarily crawled by the desktop Googlebot while users had to wait for it to crawl through every page on-device before any new data was added back into search results from those devices.

Here is what do you need to know about Google’s Mobile-first Index.

Google stated that mobile-first indexing for your website is crawled by the mobile Googlebot does, and does not directly influence your average page rankings. That means your page position will not drop. However, it’s important for you to have a strong site with good content, especially if all of your competitors are already optimized for an engaging mobile presence!

To take an example, the sites that have critical structural changes to make may have fewer chances to be hit by the update than those that won’t be catering to the update requirement. If your site isn’t ready for the mobile-first, it will slightly affect its ranking.

Google’s aim to launch a mobile-first index is to create and rank its search listings based on the mobile version of the content.

With the full implementation, Google will shift the way it indexes content. It will primarily index mobile content and, based on the results, will decide how to rank its results.

Till the mobile-first indexing isn’t entirely effective, the desktop version of a site is Google’s main priority leaving the mobile versions of sites the secondary one.

But once the update is fully rolled out, the search engine will uphold the reliance on both a single index of pages and apps. However, the mobile version of pages will be considered first for ranking.

Thus, we can assume that the mobile-first indexing may have a slight effect on the search engine ranking, and you need to be ready for it if you don’t make some changes to your site.

2. Higher the Rank, Better the Revenue.

Every business owner is happy to invest in SEO as they know a successful SEO campaign has excellent value, which is, in fact, downright incredible. You may also have already figured out that SEO doesn’t quite work instantly and is not a quick way to achieve the goals. It takes time but gives established and long-term results.

If you grab the #2 rank for a specific keyword so far as the ROI is concerned, you will probably get 60 to 65 percent increased clicks. This means if there are 6000 searches for the targeted keyword each month, you can reasonably expect to get around 3500 visitors to your site if you continue to hold the #2 position. This can be an outcome worth investing in the SEO, depending on the visitors converted.

Search engine ranking, somewhere or the other, has impacts on the business revenue.

Mobile-First Indexing May Sway Your ROI

In the above context, we find that mobile-first indexing may influence your ranking marginally. And since ranking is a significant factor behind the rise and fall of revenue, the mobile-first may sway your ROI indirectly.

What can be the way out then?

We are giving you some general tips and tricks recommended by Google itself to web admins and search engine optimizers to get prepared for the change:

To conclude, the mobile-first index may hardly affect your site and business ROI much directly. But, you need to know its effects. We suggest you prioritize your mobile users for pleasing Googlers and standing on their positive side.