Real-Time Marketing During Oscars: A Smart Move for Your Business 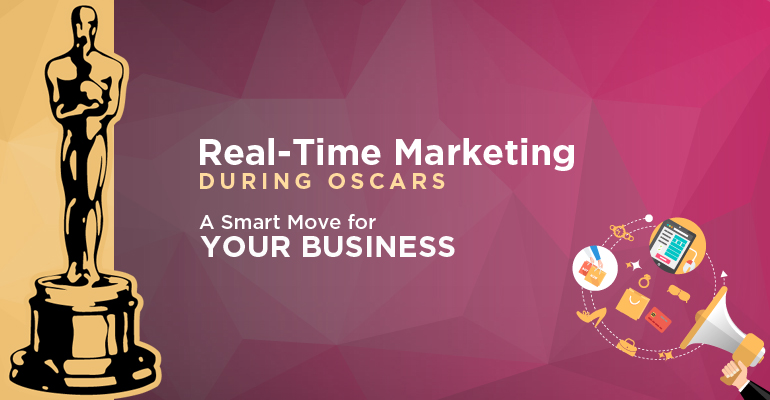 Nowadays, numerous coveted companies seek an opportunity to boost their brand engagement on special occasions like Christmas, New Year, Valentine, and Easter. Increased competition and need to remain in the race have taught companies to utilize every occasion to its maximum.

Promoting business at special occasions and events is an activity of “Real-time marketing.”

Let’s understand this through an example.

The brand that sparked the craze of real-time marketing in February 2013 was “Oreo.” Its “Dunk in the Dark” tweet went viral and generated over 15000 Retweets. It was just a mere tweet by Oreo during the thirty-four-minute gap when the power went out in the Superdome during the showdown between San Francisco 49ers and the Baltimore Ravens. 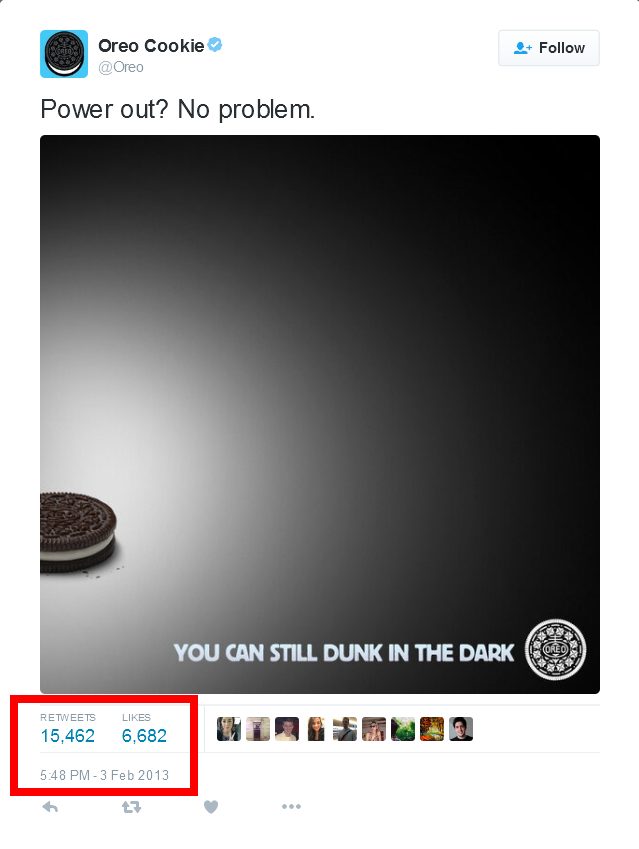 This shows how powerful real-time marketing is for businesses and highlights why brands are running from pillar to post to implement it in their promotion strategy.

Companies strive to make every occasion worthwhile for their businesses as a result of which they build strategies around such celebrations to touch the nerves of millions of people. Such constant efforts and continuous development in the field of Digital Marketing have made the modern day marketing, dynamic in nature.

Currently, Oscars event is the burning topic and is fast approaching. Being a digital marketing professional, I am waiting to see how brands are going to cash this much-awaited event. For the last couple of years, I have observed the way companies use this event for their brand promotion.

In this blog post, I am going to cover some interesting brand stories that rocked social media using the brand Oscars.

Though, Samsung was one of the sponsors at the Oscars, but beat TV advertisers regarding positive social media sentiments. According to a data company 4C Insights; Samsung achieved the highest lift in its brand affinity (24 percent) on Twitter and Facebook during Award ceremony.

Stats mentioned below show how a full-fledged preparation can yield outstanding results for business. However, creative thinking in this kind of marketing plays a crucial role. 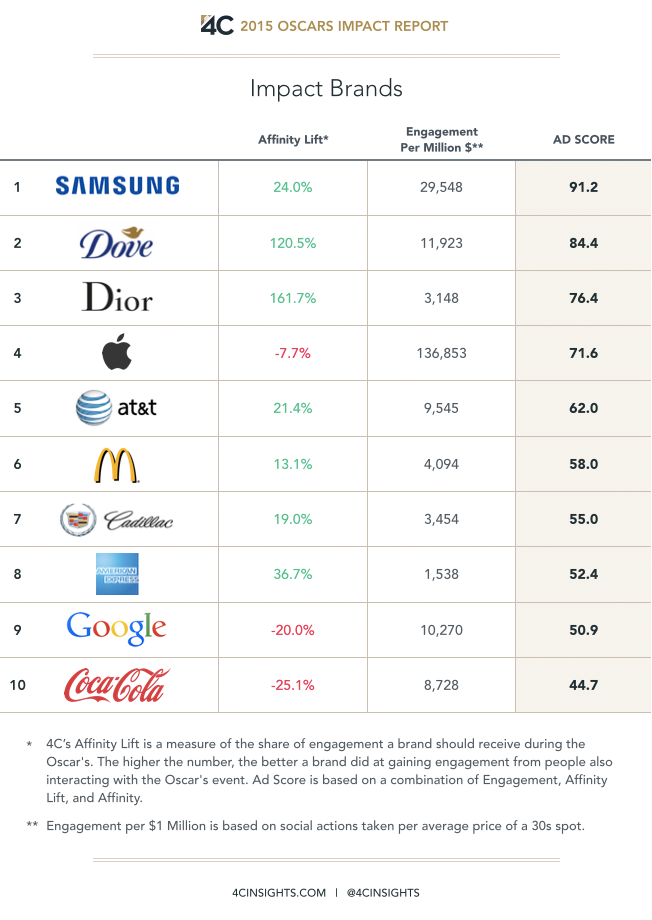 Dove, a famous personal care brand owned by Unilever, took twitter by a storm with #SpeakBeautiful during Oscars last year. The campaign was about encouraging women to tweet positively about their beauty and body. The campaign was conducted in association with twitter, and generated 29,250 mentions out which 91 percent were positive.

They started the trend with the notion that “it only takes one tweet to start a trend.” The company even released a 30-second short video on YouTube and twitter about this during the Oscars. The video was viewed 173,482 times and inspired women all over the world to change the way they felt and spoke about their beauty and body on twitter.

It’s hard to believe, but Dove’s campaign during the Oscars had shifted the focus of online audience towards this issue that helped them in attaining the high brand engagement.

Lego is a Denmark-based company and a leading manufacturer of toys.

At the night of Academy Awards last year, Canadian pop duo Tegan and Sara in the company of American comedy trio Lonely Island performed on the song “Everything is Awesome,” taken from “The Lego Movie.” During this performance, Lego decided to hand out the replicas of the Oscar statuette to celebrities in the audience, and they seemed too excited to have an imitated copy.

Well, you can say that was a brilliant move and excellent integration of product by Lego as it generated a buzz over Twitter for they created something so aligned with both Lego’s Product and the event. This effort resulted in more than 6000 retweets and proved to be a high engagement moment for the audience.

Well, NASA also cashed in the moment and grabbed attention during the Oscars in 2015. NASA surprised everyone with its real-time tweet for the movies “The Theory of Everything” and “Interstellar.” The tweet was about a real earth’s visual without any special effects, posted in a sense of humor for the effects that are usually shown in Hollywood movies. So, NASA showed the world, for catching maximum attention, always try to make your tweets entertaining and relevant.

Getting limelight during the Oscars is not an easy task. To be a great marketer, first you need to be a creative thinker, and this is what exactly “TODAY” did. TODAY, a famous American talk show boosted their brand awareness during Oscars by offering Hollywood fans and followers something unique that they could not find elsewhere. TODAY started posting “then & now” style photos of famous celebrities on Twitter. The idea was pretty simple, but proved to be incredibly useful and showed that one can grab users’ attention without even starting a conversation.

Only a smart marketer can insert a brand into real-time events to attain maximum engagement. The Whataburger’s idea was simple yet intelligent. The company tweeted an image of French fries in a popcorn machine and wished this was available in movie theaters. Fans of Whataburger agreed, which in turn drove high engagement with a note to movie theaters to make this happen.

Here, I am sharing the 87th Oscars Brand lift research that shows how companies use the Academy Awards for brand promotion.

Online users influence the digital world we are living in, and undoubtedly, they are stronger than ever. Thus, companies do not want to miss a single shot when it comes to online promotion.

Don’t forget to drop your valuable feedback below and tell us “Which one is your favorite campaign during the Oscars?”