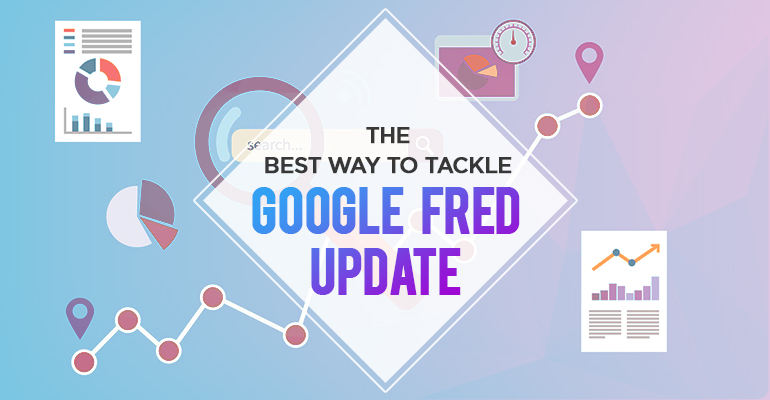 The “Fred” Update is yet another bold move by the search engine giant Google that has shaken the entire Internet. This time, it is for low-valued content websites that are primarily focused on making money from Google AdSense.

According to SISTRIX, every year, there are more than 600 updates by Google. Apparently, announcing all them is practicality not possible.

Something similar happened on March 7th that has been confirmed by Google’s Gary Illyes on Twitter in a conversation with Bary Schwartz. Thanks to Bary Schwartz who has been making online industry up-to-date about Google for 13 years. 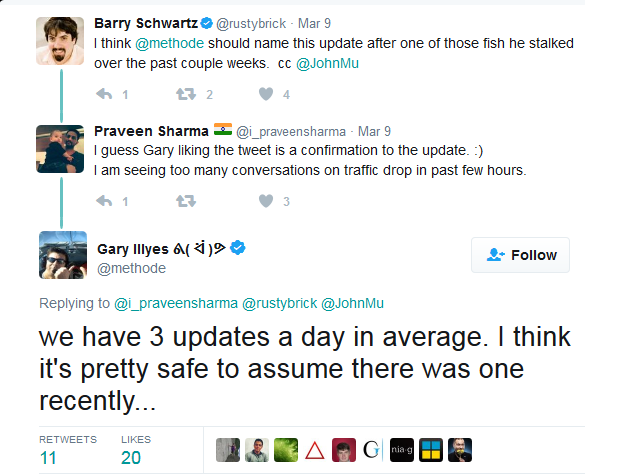 Google has so far not said much about this update called “Fred,” but reportedly, it has made a huge impact on content oriented sites having low-valued content. As Bary observed over 100 websites that saw a significant drop on March 8th, 2017, all these sites had been created with the sole purpose of generating revenue from Google AdSense.

Let’s delve deeper to understand what it is all about and how to recover your website if the Google Fred Update has hit you bad.

Reason behind the Name “Fred”

That’s intriguing! The entire online industry is using the term “Fred” for the latest update as a suggested joke from Google’s Gary Illyes. 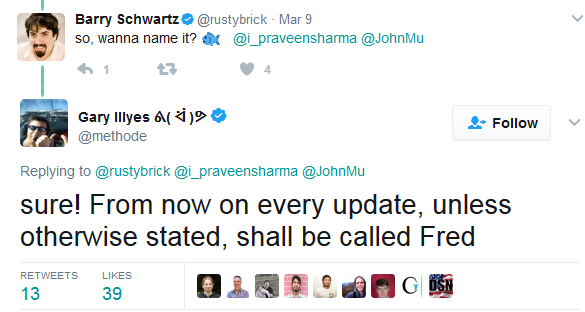 How to Identify If a Site Has Been Penalized?

Ranking drops are the first indication that a site has been penalized due to Google Fred Update. Also, it is crucial to check organic traffic in Google Analytics. It is evident that without rankings, a site will not receive organic visits, impressions, and clicks.

However, for now, the sites with less-risky backlink profile have seen increase in organic traffic. For this, the credit can be given to the sites that have spammy profiles. Further, the sites that strictly adhere to Google Webmaster Guidelines will be given preference.

Under its basic principles, Google clearly indicated to make pages primarily for users, not for search engines!

Let’s check out the types of sites that saw a massive decline in Google Traffic after being penalized by the Google Fred Update.

Types of Sites Affected So Far

An analysis of 300 domains by SISTRIX, an SEO data provider, reveals that this update has hit ad-heavy and thin-content sites. To know more, check in-depth details of SISTRIX analysis.

How to Recover From Fred Update?

As Google has yet to confirm on the Fred update officially, Google Webmaster Guidelines is the only way to recover your site from Fred Update.

For quick tips, let’s take a glimpse at the following points to recover your site from his update.

For many users, the online experience starts with Google!

Google responds to over 3.5 billion searches per day.

So the world’s largest search engine has the huge responsibility on its shoulders, that is to provide the most authentic and accurate information to its users.

Every update is the outcome of the true efforts made by Google to improve search results for users.

So, the intention is very clear, if you want to enjoy high rankings, follow the rules, else the game is over!