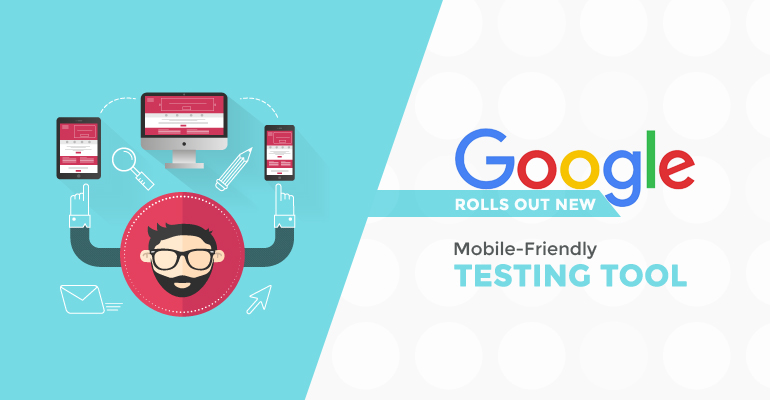 Yes, Google rolls out a new mobile-friendly testing tool, and it is now available to use. Undoubtedly, the new tool is the revamped version of the old tool as it seems quicker and cleaner than the previous one. For the first time, Google launched mobile-friendly tool in November 2014, and within a short span of time, this tool became pretty popular.

Despite several online tools are available to test the mobile-friendliness of a website, Google’s mobile-friendly testing tool (previous version) was one of the most preferred testing tools. With this launch, it is being assumed that the new tool with new enhanced features will become more popular among its users.

Take a peep into the way both tools look: 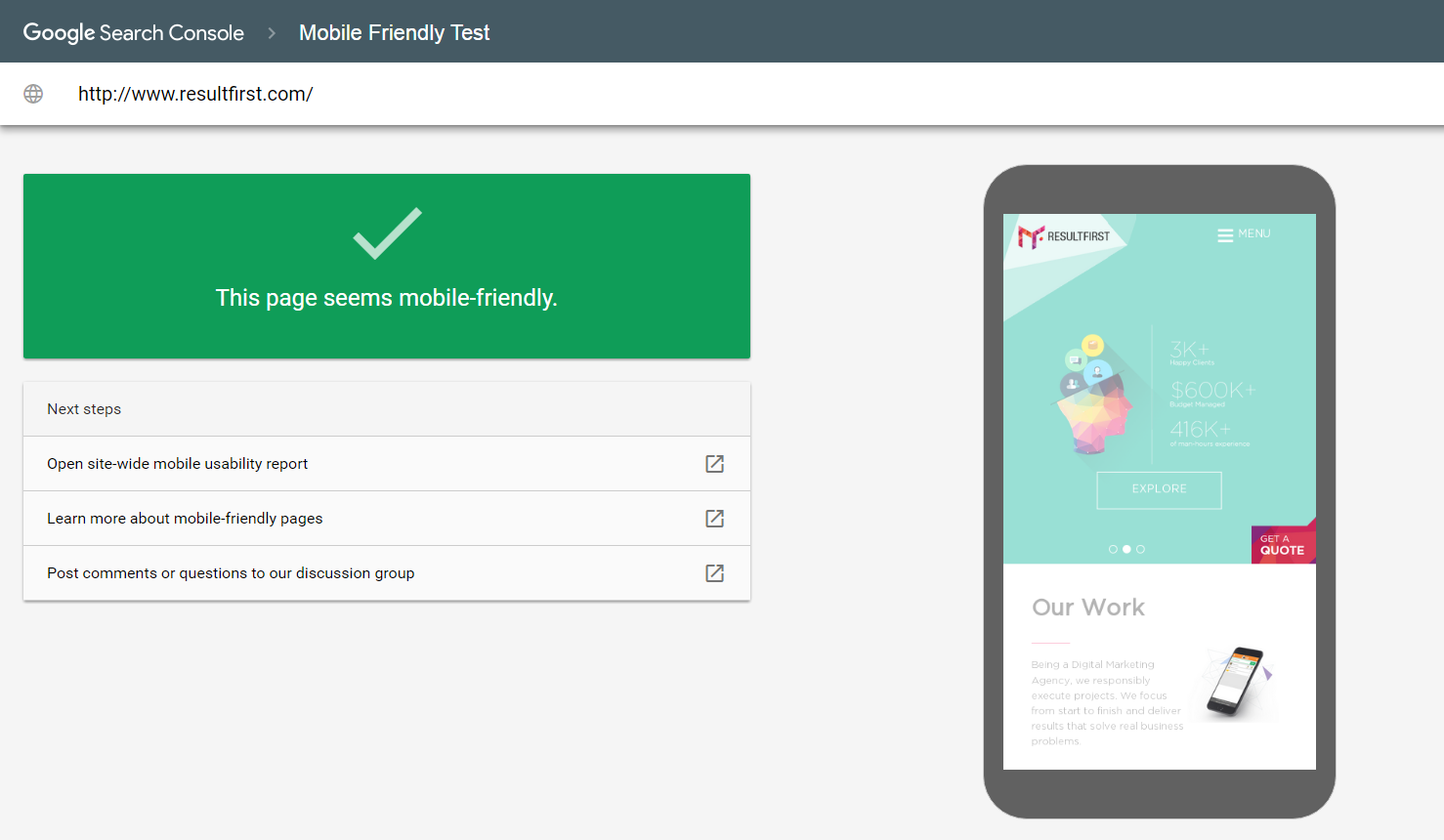 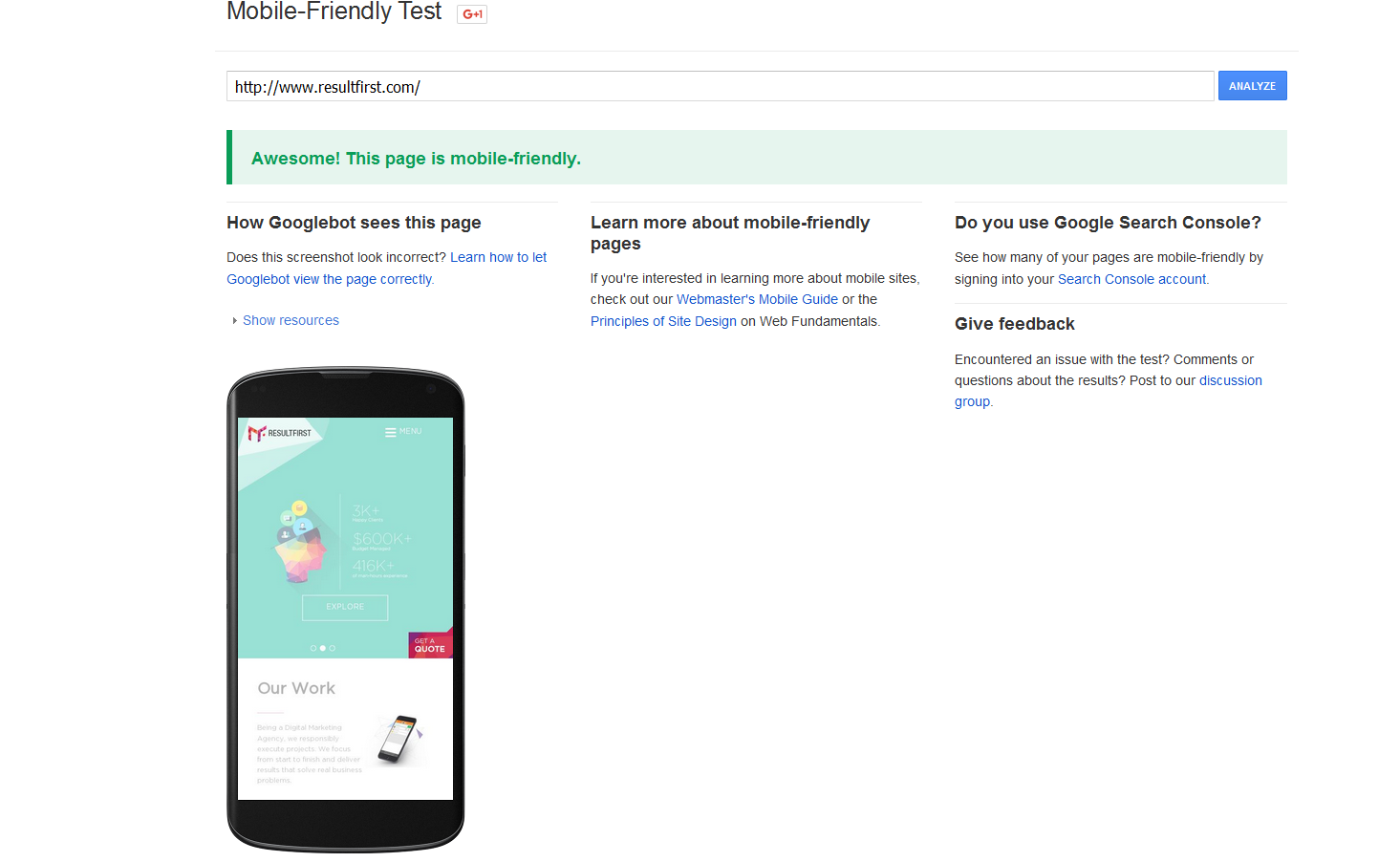 However, people who are trying to visit the link to the new testing tool through their smartphones are getting an error saying no robots allowed. Therefore, it seems the new tool cannot be reached through smartphones and tablets for now. And, Google has to look into this issue to make the mobile-friendly tool accessible on mobiles to make it worthwhile.

Is your website mobile-friendly? Don’t know? Feeling puzzled? ResultFirst can answer all your questions. Drop your queries through our contact form.

Since past couple of years, the world has seen various updates for mobiles. Ever since the day mobiles outnumber desktops in online searches, many experts across the world started to say “Mobile is the future.” Predictably, last year on April 21st, Google launched mobile-friendly update and indicated that it will be considered as a ranking factor. The mobile-friendly update was the outcome of the dominance of mobiles over desktops. Further, this update compelled countless website owners to adopt mobile-friendly design. Every update of Google is intended to improve user experience (UX) for the online users. Google AMP and Facebook’s Instant Articles are the most recent steps taken to improve the mobile UX.

Let’s see how this new mobile-friendly testing tool by Google will work. However, one thing becomes pretty clear with this launch; mobiles are certainly not a thing that can be overlooked.